The drop in the number of immigration offenders was covered recently in the news: 2,077, 1,698, and 1,318 people were arrested for immigration offences in the first half of 2010, 2011 and 2012, respectively [endnote 1]. The news story did not reveal whether these numbers included both male and female immigration offenders, who encounter significantly different opportunities for illegal work and risks of exploitation. The discussion below focuses only on the male overstayers.

Financial incentives to overstay and to hire overstayers

The reasons to enter Singapore under false pretenses and work illegally are not difficult to discern. The majority of men overstaying in Singapore with the intention of finding work are probably aware of the strict rules governing employment here.[endnote 2] They choose to avoid the costs of job placement fees, agent fees, and kickbacks, and to earn as much as possible before being caught. The consequences for men who have overstayed more than 90 days are severe: jail usually for 3-4 months, and for those under 50, caning.

There are also financial incentives for employers to participate in illegal work arrangements. Hiring overstayers means employers avoid having to spend time and money on the worker’s travel arrangements, security bond, medical examination, work permit, insurance, foreign worker levy, upkeep and maintenance, and they can circumvent hiring quotas on foreign workers. These make for considerable savings for the employer, some of which are passed on to the illegal worker, who can earn $50-$60/day instead of the $16-$22/day typical for legal work permit holders.

Singapore aims to control the number of foreign workers to safeguard jobs for Singaporeans and to reduce anti-foreigner sentiment. The Immigration & Checkpoints Authority (ICA) and Ministry of Manpower (MOM) have ongoing efforts to ensure that everyone coming to Singapore is aware of and adheres to the laws governing immigration and work requirements. The reduction in immigration offenders from 2010 to 2012 likely reflects better screening and scrutiny when would-be illegal workers (a) apply for tourist visas to enter Singapore and (b) arrive and are screened at immigration.  TWC2 commends this improved enforcement at the source in order to prevent what could be trafficking for labour or other illegal activities.

Immigration officers are familiar with the profile of a man likely to become an overstayer. He’s young, travelling alone with limited funds, and has no travel experience. To escape being disadvantaged by this profiling, the man might first borrow money and make brief trips abroad to collect visas in his passport to suggest a history of brief tourist jaunts and lend credence to his story of returning home rather than staying and working in Singapore.

Enhanced scrutiny of potential illegal workers posing as tourists is one way of reducing the number of illegal overstayers. Other methods include guarding against people being smuggled into Singapore, and spot checks of work permits for those already employed. Strict enforcement of immigration laws is important, but these sweeps can have an adverse impact on a group of men who came to work legally in Singapore: Special Pass holders.

As noted in the sidebar, there is another group of workers who may be working illegally, but their circumstances are entirely different from overstayers. Special Pass holders are those who are required by the authorities to stay on in Singapore  to assist with investigation of alleged wrongdoing by their employers, or to act as future prosecution witnesses. This group of workers had been law-abiding, coming to work in Singapore through legal channels. It is their misfortune to have had their work permits terminated prematurely due to what their employers did.

Special Pass holders may be allowed by the Ministry of Manpower (MOM) to do one of two things:

(a) source alternative employment on their own,

(b) take on a temporary job under the ministry’s Temporary Job Scheme (TJS).

Both operate less well than they should. Special Pass holders pursuing (a) are often unable to secure an alternative job because so many bosses demand kickbacks either explicitly or implicitly — although this is illegal. Those pursuing (b) find that the temporary job options are extremely limited, older and less-skilled workers are less likely to be selected, and the pay is often unsatisfactory at about $20/day when the man still has outstanding debts from the earlier employment attempt.

As a result, men on Special Passes are apt to find work illegally. If caught doing so, they could be warned, fined, or jailed.

In the past year and a half, TWC2 assisted 280 men on “Employment Investigation” special passes at our Cuff Road Project, the food program for men waiting for the resolution of their cases. These men should have all been eligible for the temporary job scheme.  These 280 can be divided into two broad groups:

(a) about 100 of these men stayed with the food program for only a short time, so it’s possible that they did find jobs through the TJS, or stopped making use of TWC2’s free meals for other reasons.

(b) the rest, i.e. those who stayed more than one or two months, remained for a far longer period. They stayed an average of 22.6 months (some of these men are still remain) with the free food project which means that they chose not to take advantage of the temporary job scheme or were not chosen by the TJS employers, and therefore were reliant on this project as their main source of food for nearly two years on average.

That said, there has been some improvements over the period. The time taken for investigation and resolution of these company cases has decreased over the years. Four years ago we would see men held on Special Pass for years, now it’s getting rarer to see a salary claims or illegal deployment case run more than twelve months.

However, since TWC2 does not have the resources to provide more than food, how do these men who do not have jobs through TJS survive the many months? Logic suggests that many resort to working illegally in order to support themselves and their family.

While visa overstayers and special pass holders are both in violation of the law for working illegally, clearly, the circumstances of the two groups are very different. Visa overstayers have knowingly exceeded the dates in their travel documents for the opportunity to work in Singapore illegally. On the other hand, Special Pass holders have paid several thousands of dollars [endnote 3] for the opportunity to work in Singapore legally. Because their employer’s activities must be investigated, they find themselves without work, in debt due to fees paid to agents and middlemen, while still expected to support themselves and their families.The opportunities for alternative or temporary work are just too limited in reality.

To then punish them when caught working illegally, while correct from a legalistic principle, seems problematic from an ethical angle.

TWC2 urges the relevant authorities to take into consideration the very difficult circumstances of Special Pass Holders in these situations, and expand the scope and ensure the availability of the temporary job scheme such that the rewards are sufficient to deter men from resorting to illegal work.

Below are three examples of special pass holders who had to stay in Singapore for several months:

Sekar Ravi’s employer was charged with illegal deployment, that is sending Sekar to work for a company, which was not allowed on Sekar’s work permit. As a result of his employer’s illegal action, Sekar’s work permit was cancelled and the employer stopped paying his salary in November 2005. He remained in Singapore for the investigation of his employer until January 2009, and was given $21 for each of the three times he was required to appear in court. He was eligible for the temporary job scheme but was not chosen due to his age and because employers prefer to hire skilled workers and thus pay a lower levy. 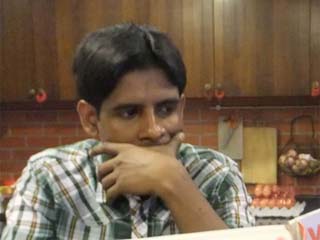 Ahsanur (left) was not eligible for the temporary job scheme. See the earlier story https://twc2.org.sg/2012/08/15/the-scenic-route-to-solving-salary-disputes/ His case was complicated by forensic investigations of forgery on pay slips. The case was resolved and his money ($5,000 that on pays slips that bore a forged signature), was paid after 14 months. 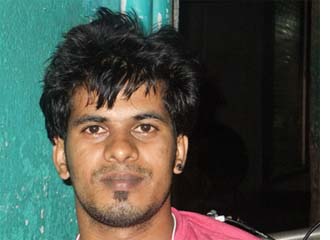 Shahin’s employer was under investigation for requiring kickbacks to renew work permits. As a result of the charge against his employer, Shahin’s work permit was cancelled. Shahin refused to accept the offer of a temporary job, fearing that he would be required to work the full six months. His case was recently concluded after more than one year.. His case was featured in the Sunday Times, 12 August 2012.

[2] Those who arrive without the ‘in-principle approval,’ which is necessary for the work permit, may be convinced that they can apply for a work permit once in Singapore. Many are persuaded by agents that this will be arranged after arrival.